Major Changes At Cedar Point for 2018!

If you live near a seasonal amusement park, you’re probably reaching that point in the off season where you’re anxiously awaiting opening day. Today, Cedar Point held their annual Winter Chill Out charity event to benefit “A Kid Again” — an organization that fosters hope, happiness, and healing for families raising kids with life-threatening illnesses. The limited ticket event included a tour of the park in its winter state and some of the behind-the-scenes areas as well as a presentation, raising more than $40,000 for the charity! 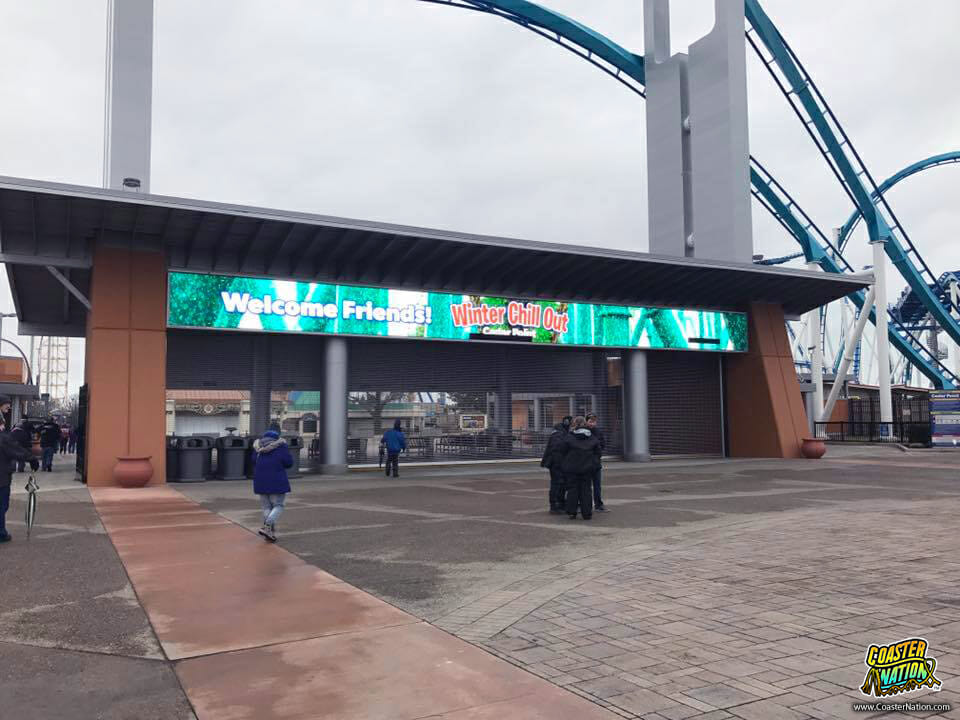 Cedar Point fans from around the world made their descend to Ohio to take part in an off-season walk around the park. We were there as well, and now we’re bringing you an exclusive first look at what’s coming to the park in 2018—as well as what goes on when the park is closed for the winter! 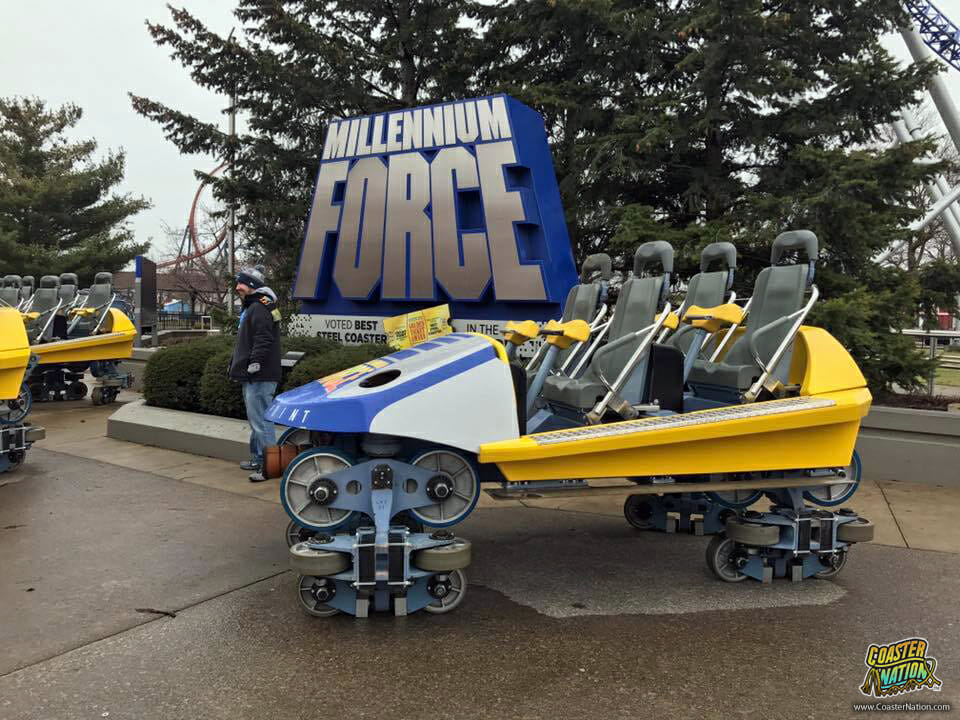 Let’s start with what we know you’re most excited about—Cedar Point’s new “hyper-hybrid” roller coaster Steel Vengeance! The track is finished but the record breaking coaster is far from being complete. Last week, the lift chain and brake system were installed. There’s a lot of sensors and other small things that still need to be wrapped up and polished off before penning the ride as complete.  Since Cedar Point and their sister park, Kings Dominion, are both getting new RMC coasters this year—both coasters were on a joint construction plan that took into account both park’s opening dates. Things are currently on schedule for both and Steel Vengeance trains should be arriving in early March with testing to begin toward the end of March.

A new light package will be installed over the next few weeks to give the ride some style at night. Unlike recent installs at the park, the lighting package will not be multi-colored. It will be lit up similar to how it was in the past, but the lift hill will have an exciting surprise!

We also learned today that Steel Vengeance will have not one, BUT TWO photo opportunities throughout the ride. A traditional photo spot as well as a video option similar to the one in place for Mystic Timbers at Kings Island. Unlike Valravn, there will not be a virtual reality app for Steel Vengeance. Instead, a 360 degree video will be available to use with a VR headset of choice. There will not be a First Rider auction this year, so opening day will be your first chance to ride the new hybrid machine.

Cedar Point’s Project Manager, Adam Pooch, hosted an awesome Q&A session before our construction tour of the new coaster. He answered everyone’s questions and even shared some new details about the ride!

Once Adam concluded his Q&A session, we went for a walk around the infield of the new coaster to get some up-close views of the twisted track. Check out some of the photos below. 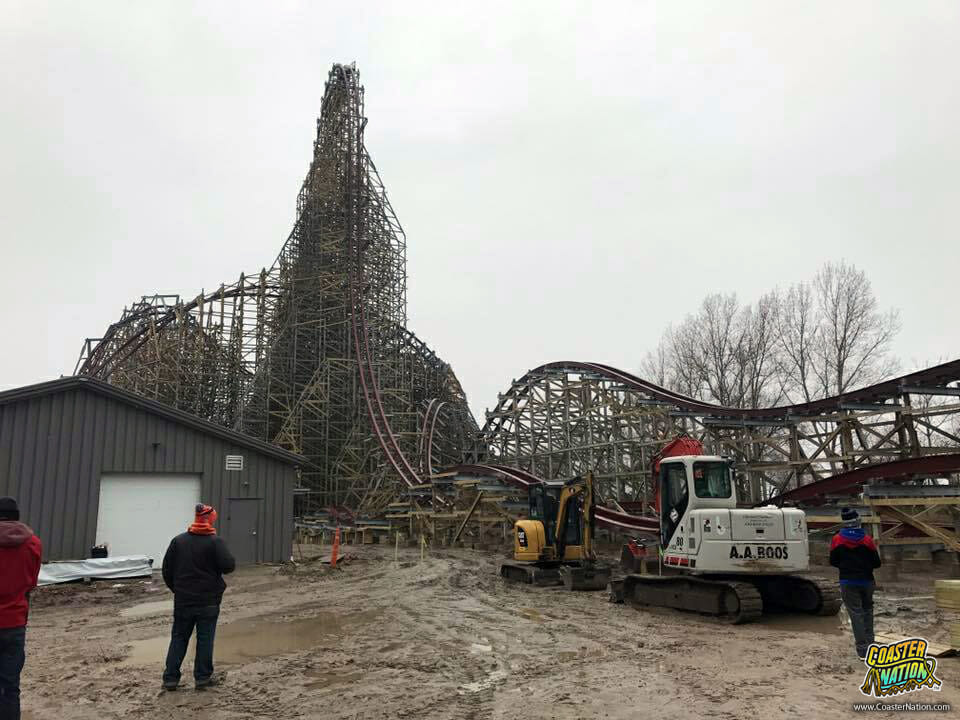 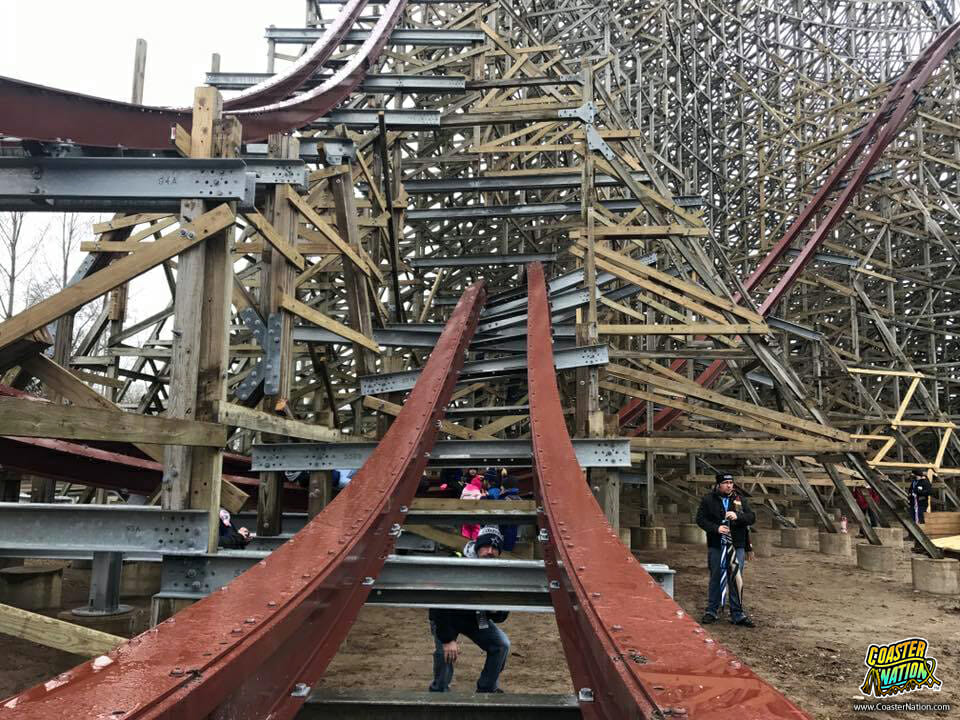 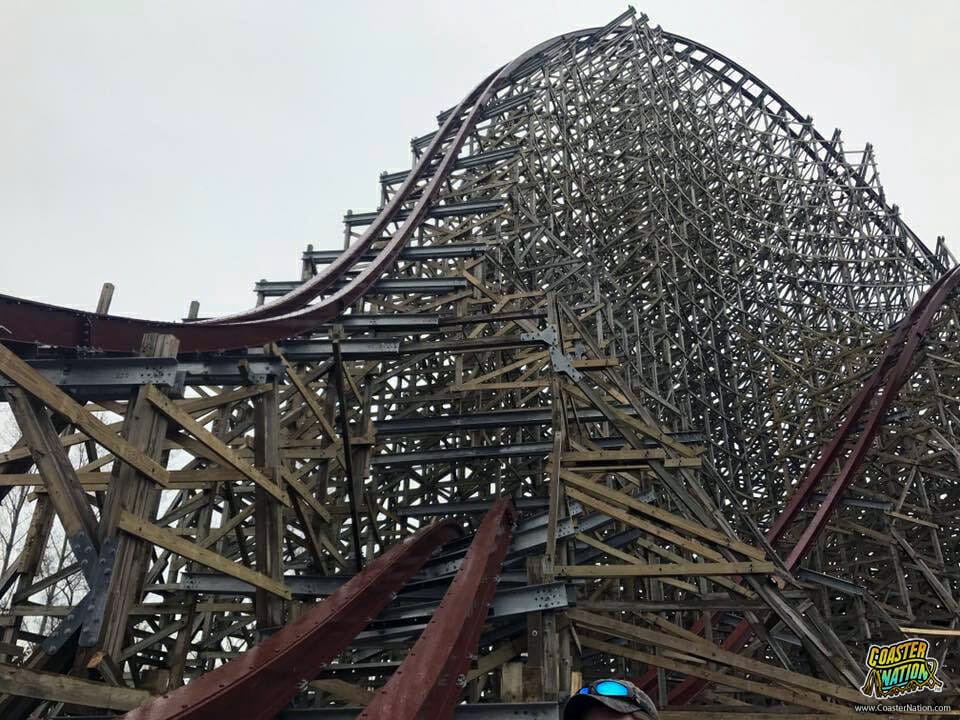 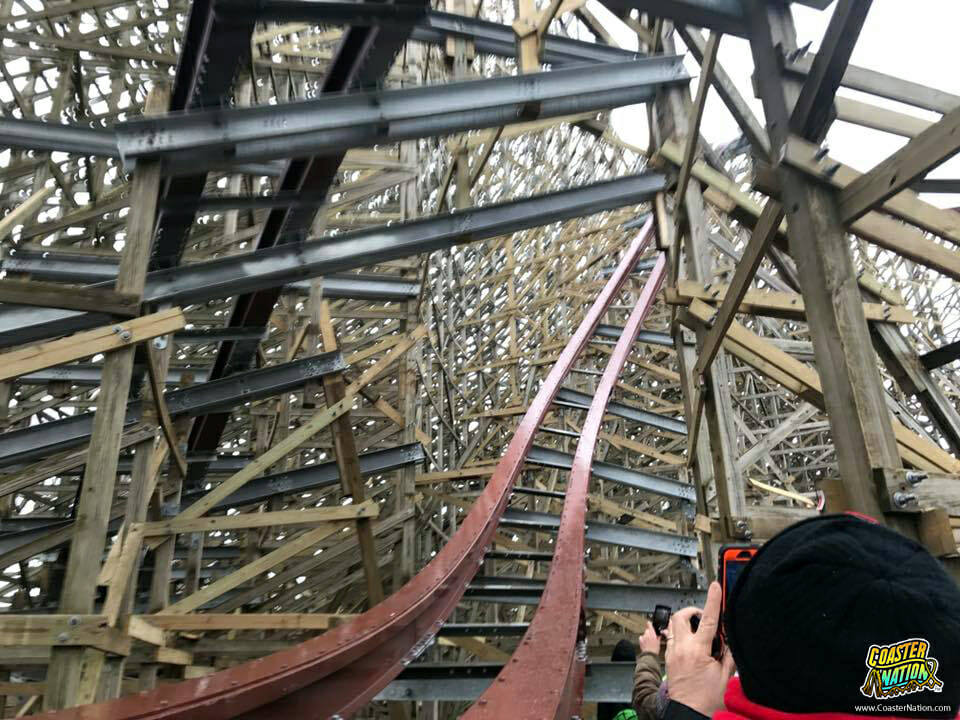 Steel Vengeance isn’t the only thing new in Frontier Town. In honor of  Frontier Town’s 50th anniversary, the entire section on the park is being overhauled. Most noticeably, you’ll notice many changes with the food options in Frontier Town.

In addition, the seating area outside The Round Up is being redone for a permanent stage / seating area for Blue Grass Jamboree. 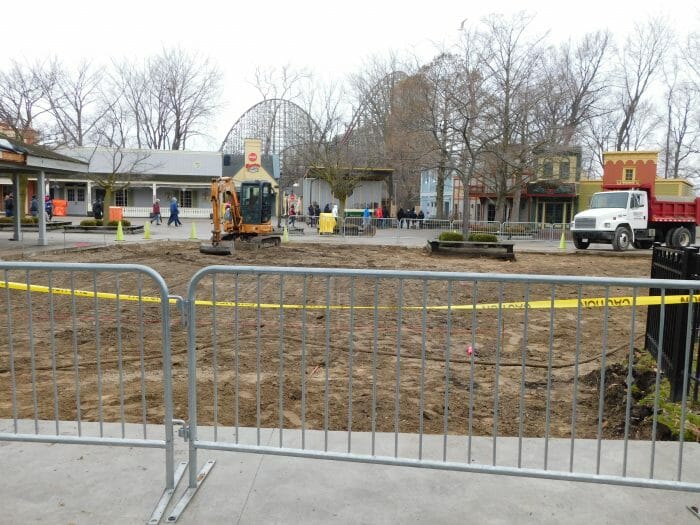 The Emporium will become the exit shop for Steel Vengeance and the General Store will be redone to look more like, well… a general store. It will now feature fudge from sweet spot and other old-time candies. The games in the Jitney Arcade are being replaced with Frontier Town Shooting Gallery and the 3-Point Challenge basketball game is being replaced with Western Shoot Out where players can challenge others to a classic game of HORSE.

You may or may not remember when Maverick had extra themed elements in the tunnel. These elements that include fog and flashy lighting will be returning this season as well as changes made to the trains. Lusty Lil will be returning with a new show called “Lusty Lil’s French Revue” . Much like Red Garter Saloon, the Palace Theater will now be open all day allowing guests to make a visit anytime. When Lil isn’t performing, The Tomfooleries, will be performing a comedic guitar duo. 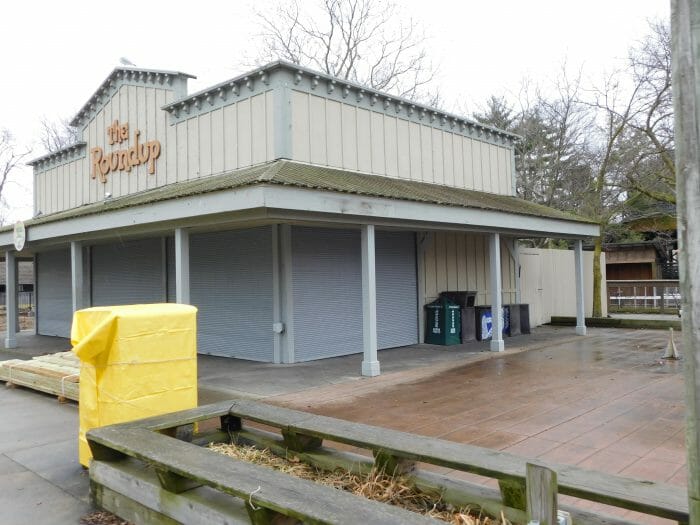 In addition to the changes around Frontier Town, here’s a list of other changes you’ll be able to spot around the rest of park in 2018:

Before leaving, we took a look at the former site of Extreme Sports Stadium. Fans were eager to hear what’s taking its place in the future… but we were left in the dark. It was the perfect soap opera ending to an awesome event that left us wanting to know more! We don’t even want to speculate on what’s to come, all we will say is that its a sizable piece of land that has prime real estate next to the beach… 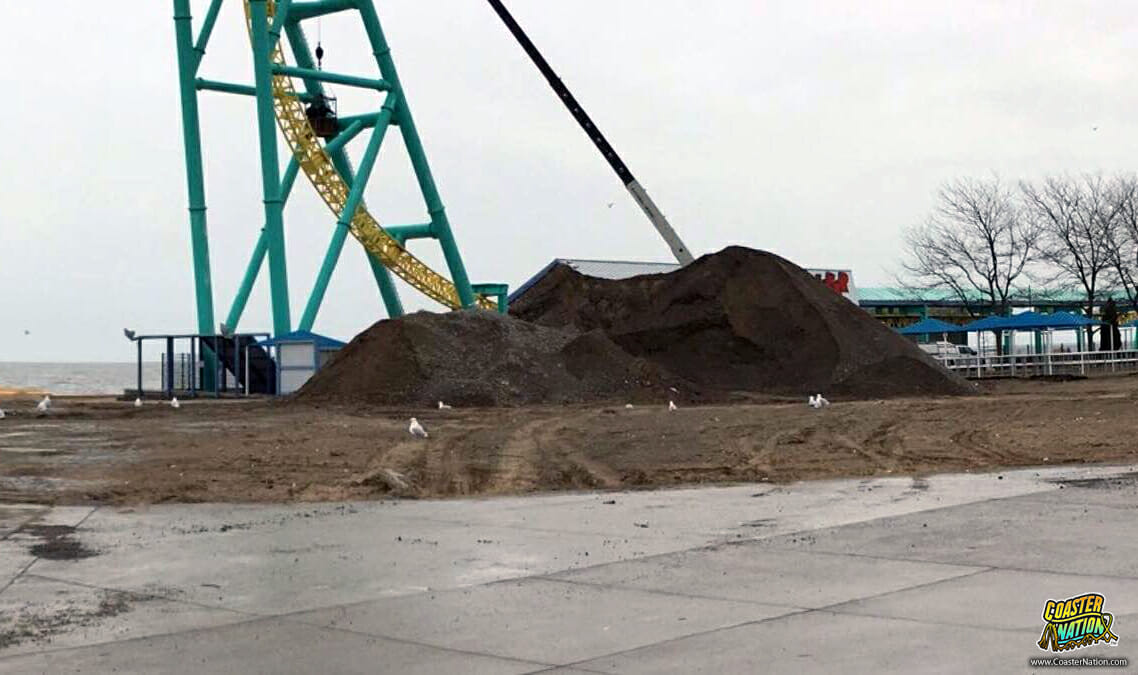 Although the lack of snow kept us from getting any of those gorgeous snow pictures, we still got some amazing shots of the park in hibernation. Take a look at some of the off-season work that’s happening around the park and in the “Amazement shop”. 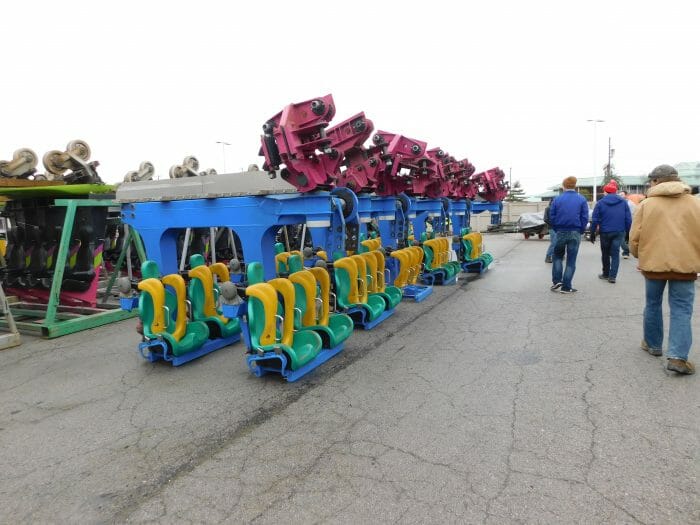 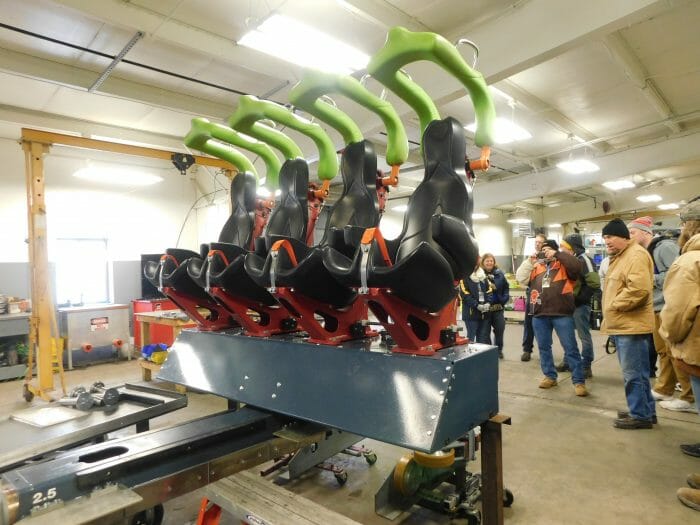 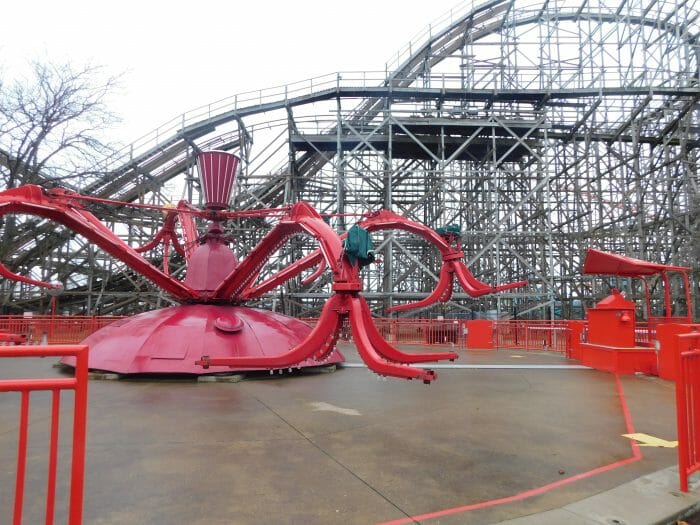 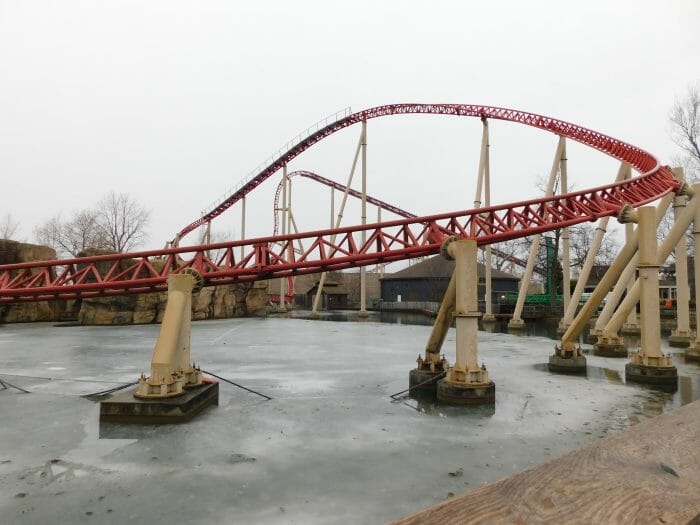 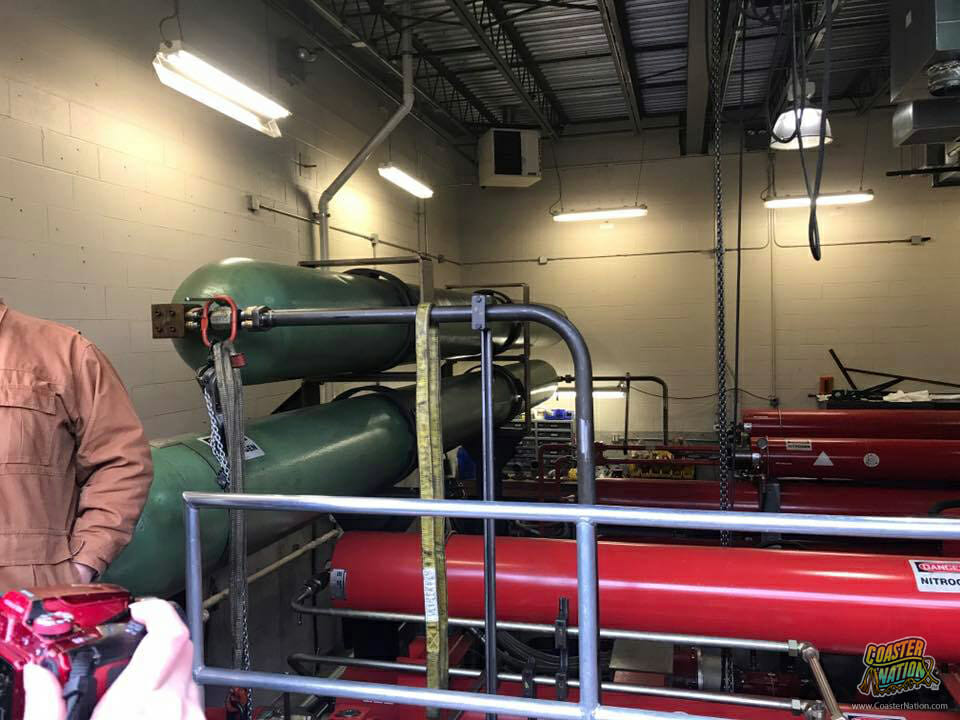 You may have noticed that the park has slowly fizzled out their “Coaster Capital of the World” and “Best Amusement Park in the World” slogans. Over the next few weeks, Cedar Point will begin marketing a new vision for the park dubbed “A Place Like No Other”. This new vision will focus on being a destination park and beach resort with a rich history as a place to visit to make memories.

And last but not least—before leaving, we learned that the Coaster Campout event will be returning and tickets are Available Now! For tickets and more information about the park, visit the official Cedar Point website by clicking here.

After reports about Shoot The Rapids, aka STR, being dismantled were recently unleashed,[...] 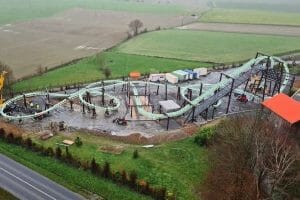 A few days ago, Parc du Bocasse revealed that they[...]

Cedar Point has finally provided fans with another update about[...]

Several new raptor figures and new lighting has re

Recently it was announced that a new $156 million,